Looks too good to be true.

Cutting the cheese with The Pizza Underground.

I call this The Trinity.

For your listening pleasure. 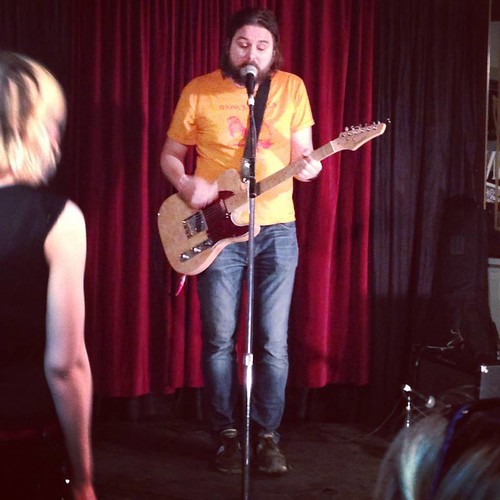 I am the king.

Nice music in the woods.

I pity the fool…

The road gets weird.

We made it safely to Berlin with limited drama. We took a cab to our friend Garvin’s apartment where we were greeted by his sweet dog Girella. We met Girella many years ago in Cologne through a very unique photo project. I think it was a happy reunion. We were a little tired from the flight so we took a nap.

We woke up feeling pretty good. After that we walked around Berlin a little. It was Halloween and we saw a few Trick or Treaters. Usually, they don’t celebrate Halloween so much in Germany but it seems to be getting more and more popular. I think there is a tiny bit of tension about this since it’s considered more of an American Holiday.

Later, we had some Vietnamese food with our friends Sibsi and Andy. And then we met up with Karsten, our new friend and driver from Hanover.
We spent the next day hanging out on some nice garden land that Garvin had recently purchased on the edge of Berlin. We went for a walk by the river while Karsten fixed something with the car. This is an old bus stop cover that was on the property.

The first show was in Dresden,  just a short drive from Berlin. Some of our best shows in Germany have in Dresden. We toured there early on with the band Vermont.  Half of the members of Vermont are from Dresden. So, it is kind of a sentimental place for us. We were clearly very excited!

We spent the night with our friends Fabian and Sabina (from Vermont). We also got to see their new baby boy (Emil) and little girl Paulina. The next morning we grabbed a coffee to go and then it was off to Furth, near Nurnberg.

The show in Furth was in an an old converted Nazi bunker from WW2 called Kunstkeller 042. There were some rooms that were used for sick people that still had some of the original hand painted signs above them. This was the back stage area. The translation of the sign is “Treatment Room.”

At first it was a little creepy but then I thought it’s very cool to think about the fact that this room was originally built for a shelter from bombs and now it’s being used to put on live music shows. I think this conveys some of very special things we get to experience by touring in Germany at this level.

For the next show we were very excited to be back in Regensburg. Regensburg is also a very special place for us. Our good friends Klaus and Andy live there. It’s not a really big town but there seems to be an oddly large amount of good music coming from there. There must be something in the water. The venue where we played in Regensburg was a small movie theater. The band that opened for us was called Catstash.

We had a day off in Regensburg yesterday so we recorded a new song with the working title of “Bubbles” with Andy at his practice space.

Finally got around to putting up the blog for the last few days of our European Tour. Enjoy and thank you for your support! This was our most successful headlining tour to date! If you’d like to check out our new album: COURAGE, you can purchase your own copy in digital or limited edition CD and Vinyl format from the Schwervon! Bandcamp page.
XO
Nan and Matt

It was raining in Halifax when Michael (the promoter) picked us up at the train station. We had a little time so he took us to his local pub for quick pint. The pub we went to was called the “Big 6.” Can’t remember what the Big 6 meant but it was extremely cozy. Now if you’ve never been to a Traditional British Pub it’s a little hard to describe. They don’t really have anything like them in the states. The best way I can describe them is kind of like a cross between a bar and your grandparent’s living room. They’re always carpeted and usually have a fireplace, with a  little dog and an old man nearby. Another general quality is that they are often in a place you would never know a pub existed unless someone told you about it. Unlike traditional bars, pubs are usually well-lit and closely quartered. I like this a lot because chances are you’ll be forced to share a bench and probably even interact with a complete stranger. But nobody really feels like a stranger in a pub. I suppose that’s kind of the point.

The show in Halifax turned out to be a blast. It started out a bit strange as Nan thought the kids in front were shouting at her instead of with her…..but it all turned around when a mature gentleman with white hair got up and started dancing like he meant it.  We even managed a handful of rug cutters for the last few tunes. We stayed with a really nice group of kids who had a Gummo doppelganger cat named Fizzypop. (Puffy eyed morning shot above)

The animal fun didn’t stop there. The next day it was off to Glasgow where our friends Adey and Ema (from London) had recently moved. We crashed with them at their lovely new flat. These are their two bunnies: Frederick and Mable.

Glasgow was all about reuniting with old friends. The bill included Mandrake Shepard (our friend Paul’s band with his girlfriend Corinne). They did a dancepop set that evening which was funny and surprising and got the party going. Also on the bill were Frances and Eugene (from The Vaselines) doing solo sets. Frances’ songs reminded us of Nico a bit – beautiful and melancholy. Eugene’s songs have more classic neo-folk troubador stylings of Dylan. With a little Leonard Cohen sprinkled in his delivery. The highlight of the evening was when Frances joined us for a live version of the vocal part she did for our song Truth Teller. So far we’ve been able to do this song in Brooklyn and in Glasgow with her which is thrilling.

Our final show was in Aberdeen at our friend’s Jackie and Gary’s favorite bar called the Brew Dog. It was also the day before Gary’s birthday! The Brew Dog is not your traditional British Pub. It’s pretty progressive actually, and they have all kinds of funky types of beers and ales in varying degrees of potency. There is a bottle of beer that is 55% proof called the End of History. And yes it’s served in a dead squirrel and goes for about 750 pounds a bottle. By the way, no squirrels were harmed in the process. Only about 15 bottles of the stuff were made and the squirrel source is claimed to be “road kill.” Yummy.

One of the highlights of the show was playing with our friend Alan Cynic. He performs under the name The Kitchen Cynics and he’s one of my favorite songwriters. Since it was the end of the tour we gave ourselves a couple of days to decompress in Aberdeen before heading home. We had Jacqui’s Beef Wellington! And Fish n chips! The first day Nan and Jacqui and a friend of theirs went ice skating. Old football injuries prevented Gary and I from participating but it was fun to watch. Nan wants to go ice skating all the time now.

The next day Alan Cynic gave us a little tour of a part of Aberdeen that involved a bit of nature and some historic landmarks, including this church, which is rumored to have one of William Wallace’s limbs buried within its foundation. Here’s the crew giving it their best.

We also took a little walk over Scotland’s oldest bridge. There’s some kind of folk tale that involves  Lord Byran and a virgin riding a virgin horse over it that I don’t really remember. Nonetheless, it was a charming wee bridge.

Our flight home the next morning left at 5:30 am which meant we had to wake up at 3:00am. Ugh! It was presidential election day. We heard the early trends in the bleary eyed in the Aberdeen Airport. Needless to say we were relieved to return home with the return of Obama for a second term. Thanks USA for the nice homecoming present! And thanks to all our friends in Europe!